Not all solar photovoltaic (PV) cells are made alike. Generally speaking, there are four different types – those made out of monocrystalline silicon, polycrystalline silicon, or amorphous silicon. And while there are a number of differences between these cells, they mostly differ in the extent to which they carry out three main functions –

Put all these factors together and what you get (and what buyers are most interested in) is how efficient PV cells are at converting solar light into electricity. In other words, buyers want the most bang for their buck or the greatest amount of electricity delivered for the lowest cost. So which type of solar panel really delivers in this front? 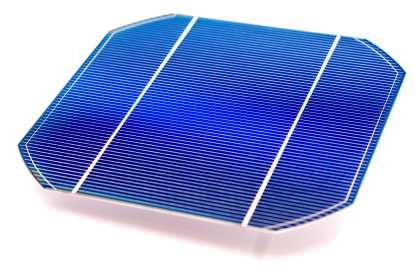 Monocrystalline silicon takes the cake from a cost-effectiveness standpoint – these cells are reputed to be the most efficient all, nearly 1% more efficient than competing cells. But the problem is these cells are also the most expensive, so buyers face high upfront costs to purchases these types of panels.i

But if you live in a warm climate and your roof has some shade cover, don’t overlook amorphous silicon. These cells aren’t as efficient as some others, but they operate well in areas with high temperatures and with partial shading caused by things like trees or other buildings.

Tips for Choosing a Solar Panel

Beyond the type of material that solar panels are made out of, there are a few others things you will want to consider when selecting a solar panel, including:

Before you do anything, talk to a trained professional about the different options available to you. It all depends on what your budget is and what your needs are. Happy hunting for solar PV!