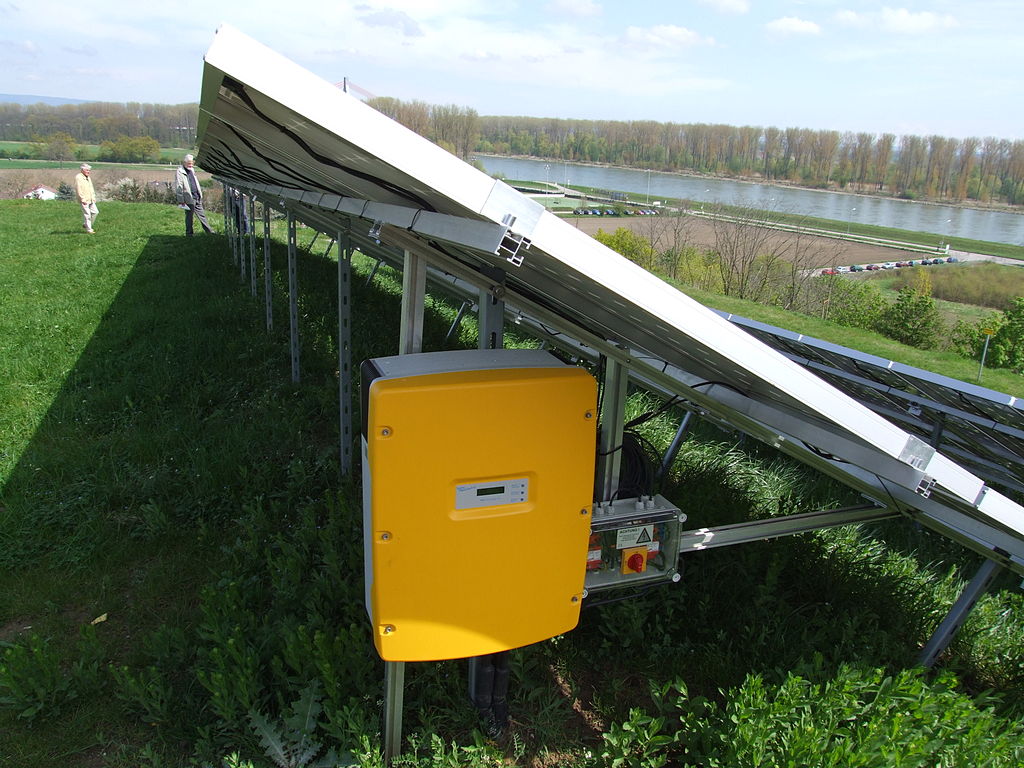 Inverters are used in many applications including as part of any AC residential or commecial solar power system.  An inverter converts direct current (DC) power coming from a solar panel or solar array into AC current which can be used to power loads that run on alternating current electricity.  They are also used in utility-scale solar power generating plants.

A solar inverter has a power rating which is expressed in watts or kilowatts. This is the amount of power that will be available to the device the inverter is powering.  Smaller popular consumer and commercial inverters are designed to mimic power coming from your wall sockets typically range from 150 to 3000 watts.

Grid-tied inverters direct electricity from your solar power array into the electric power distribution system, also known as the main power grid.  A solar inverter can also be connected to a battery bank and used by an off-grid solar power system. Solar inverters have special functions adapted for use with photovoltaic arrays, including maximum power point tracking and anti-islanding protection. Some grid-tie solar panels come with a micro-inverter built into the panel to convert direct current from an individual solar panels into alternating current for the electric grid.

At MrSolar.com, we carry a wide variety of quality solar DC-to-AC power inverters to meet the various needs of the solar market.  If you're not sure which inverter you need, please email us at sales@mrsolar.com or give us a call at 888.680.2427 during regular business hours.  If we don't answer, please leave your name and phone number with our answering service and we'll get back to you as soon as we can.