Humanity has forever had a love affair with the Sun. We love basking in It, we love all that It provides but more importantly, we owe our survival to It. Every hour of the day our Sun provides us with more energy than it would take to provide all our power demands for a whole year, world-wide. For many of us, our love affair with the Sun is enhanced by a fascination with the possibility of using some of all that clean, safe, secure and renewable solar energy to replace the environmentally damaging fossil-fuels that we’re burning now to provide for our energy consumption habits.

Our love affair with the Sun, and It’s possibilities has translated into a tremendous increase in the demand for solar related products of all kinds, around the world. This overwhelming demand has enabled, if not forced, the solar industry and its ancillary industries to grow, to grow quickly and to grow smartly. Over the past 10 to 15 years the phenomenal growth that the solar industry has enjoyed has paved the way for enormous investments into the research and development of the photovoltaic (PV) solar technology and integration industry. Ultimately, these investments have led to a dramatic transformation of the entire solar industry. All that new-found investment in PV solar R & D has proven to be hugely successful in enabling increases in efficiencies, not only in terms of how much power can be produced by each solar panel but also in the manufacturing procedures of those panels. Additionally, R & D has led to dramatic increases in the efficiencies and manufacturing processes of the all the associated pieces and parts that comprise the typical roof top PV solar system, including the power inverters and the racking that holds the systems together. 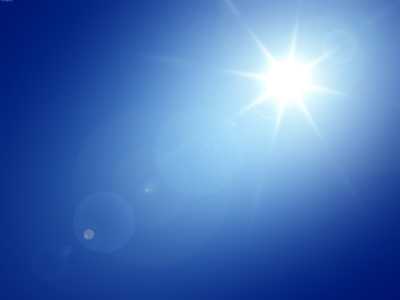 With the ever-increasing popularity and the rising demand it does indeed look like there are sunny skies ahead for the solar industry. The skies also look very bright for those homeowners and business owners who are searching for opportunities to take advantage of the possibilities the Sun is offering. Opportunities like saving money and participating in the moving forward of America’s transformation from the burning of fossils to a cleaner, safer and friendlier future dominated by renewable energies like PV solar.

The Department of Energy estimated in their 2012 Sunshot Vision Study that PV solar could, with the right policies in place, provide about 14 percent of America’s electricity requirements by 2030 and 27 percent by 2050. We are well on our way toward meeting those goals and at today’s exponential rates of adoption we just might meet those lofty estimates that the DOE put out there. In such a case, by 2030 American PV solar systems will be generating over 500 terawatt-hours (TWH) of electricity per year and over 1,000 TWh by 2050. If the price of electricity doesn’t go up between now and then, PV solar will be saving Americans over $50 billion on their electric bills per year in 2030 and over $100 billion per year by 2050. Is it any wonder why the utilities and status quo of the fossil-fuel burning industries are pushing back so hard? That’s money they won’t get but will instead be distributed to the millions of Americans who decided that they too shared in the responsibility of providing their future generations with the possibility of living in a safer, cleaner universe and they chose to do so, one solar system at a time.

In his 2014 State of the Union address, President Obama stated that "Every four minutes, another American home or business goes solar”. Since then the pace has been picked up by about 20 percent so the time it takes for another American to go solar has been reduced by 48 seconds.

Polls consistently show that nearly 90 percent of Americans, regardless of their political leaning, support solar. With that much popularity on both sides of the political aisle, solar and other renewable technologies will surely continue to be advanced, leading to even higher efficiencies and lower costs and more savings , not just of money but to the saving of the planet, for all.