What Is Solar Energy?

Let's face facts. The burning of fossil fuels to provide electricity is a very dirty business that has been determined to be a major cause of global climate change and which will one day run out. But that is not the subject of this article. This article is about one solution that can help to alleviate the problem - a completely renewable source of clean energy.

The most powerful source of energy on Planet Earth comes from the sun. "Huh?" you ask? Sure. Without the power of the sun there would be no crude oil, no coal, no natural gas, and no us. Without the sun, none of those fossil fuels that power our society would exist for they are derived from the organic decomposition of ancient algea, plants, plankton, and animals - including dinosaurs, which could not have existed were it not for solar energy. So, what is solar power? 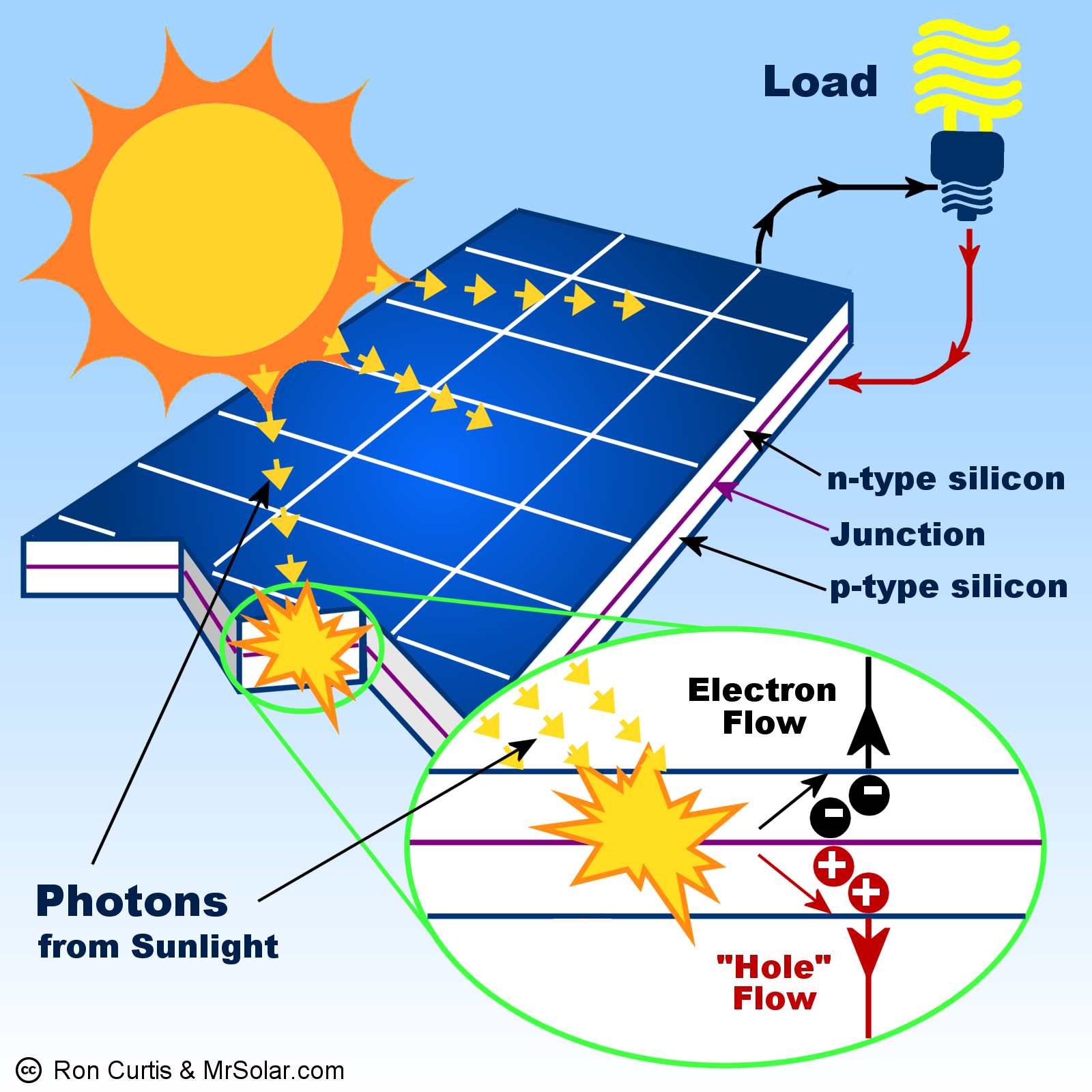 Solar power is energy generated from the heat or light from the sun. Solar power, also called solar energy, can be used to produce heat, light, hot water, electricity, and even cooling. The process of converting light from the sun into electricity is called solar "photovoltaics", or PV for short. If you've used a solar-powered calculator, then you have held a photovoltaic solar cell in your hand. Solar power technologies are used in a wide variety of applications including grid-tied and off-grid cabins and homes, commercial businesses, and industries such as oil and gas, telecommunications, remote traffic control equipment, remote sensing, and remote lighting.

I remember as a child using a magnifying glass to focus light from the sun onto a piece of wood, burning my name into it. I remember more than once giving in to the temptation to focus light on my hand or arm - and very quickly succumbing to the sting. I was actually playing with solar energy. You've probably done the same. Sunlight is so powerful that, if you could harness the amount of solar power that reaches Earth's surface in one hour, you could then use that solar energy to meet the electricity demands of the whole world for an entire year.

The history of photovoltaic technology goes back more than one hundred years but it wasn't until the middle of the 20th century that scientists at Bell Telephone found that an element called silicon produced an electrical charge when exposed to sunlight. However, the earliest solar cells were expensive and not very efficient, converting only a fraction of the sun's light into electric current. Today, solar panel technology has vastly improved efficiency. The newest nano-tech solar energy technologies provide 60% - 80% efficiency - some in the form of a fabric!

Solar energy technologies such as photovoltaic systems, concentrating solar systems, passive solar heating and lighting, solar hot water, and solar-powered heat and space cooling are all viable applications for the replacing the burning of tons of coal, reducing the effects of global climate change. There are literally hundreds of thousands of infrastructure components that can be taken off-grid using solar power. Today, all that is required is the will to do it.

Solar energy can be an integral part of any combination of clean, renewable energy sources to meet the nation's need for electricity while reducing harmful greenhouse gas emissions. Some people criticize solar power as still being too expensive to implement, despite the fact that well-maintained solar power systems can produce electricity for more than 20 years. That's 20 years of free power! Some people say that we can power the entire United States with a 100 square-mile solar array. It's not a matter of whether or not we can do it, the question becomes: "Why haven't we done it yet?" Perhaps we should worry less about the cost and more about the consequencess of our apparent complacence.